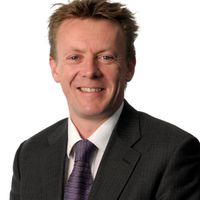 As an employee, what would you think if your boss - who is the opposite sex - spent two to three minutes standing behind your chair, with you sat at your desk, massaging your shoulders?

You hadn't asked for or encouraged this behaviour and you felt deeply uncomfortable. Shouldn't that meet the definition of harassment? Apparently not, according to a decision of the Employment Appeal Tribunal published today. Of course all legal cases have different facts and a judge will have to weigh up the evidence before them before reaching a decision, but this remains an odd outcome.

Our recent survey of retail workers found 1 in 10 had been subject to some form of harassment including inappropriate touching. Men are affected almost as much as women.

The legal test for harassment comes in two parts. The first is that the employer created a hostile, intimidating or offensive environment, the second that the conduct was related to sex (ie gender).

The tribunal in this case said there wasn’t sufficient evidence to establish the second part of the test. However,  given that it did accept the conduct of the manager was unwanted and met the first part of the test,  the employer arguably had a narrow escape in this case.

So employers shouldn't be more relaxed following this decision. It is an example of behaviour at work which is fraught with risk and cuts across all attempts to build a safe and positive culture - regardless of whether the law says it counts as harassment.

We have found the purpose of the conduct was misguided encouragement; the context is a standing manager over a sitting team member; the contact was with a "gender neutral" part of the body in an open plan office.

Mixers and High Spirits - A tale of a cold, wintry night in Manchester.
Sara Sloman

Rural cases to watch out for in 2020
Danielle Spalding, Edward Venmore
repost  cancel