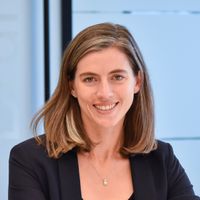 "We are failing". The 2019 United Nations Global Compact (UNGC) report on progress towards achieving the Sustainable Development Goals (SDGs) reveals limited advances towards creating a world without poverty, resilient to climate change and healthy (socially and environmentally). At the same time, we are clearly and increasingly in a state of Climate Emergency. We need to change the way we view the world and how we respond to threats - or conversely identify opportunities within the context of economic transition and transformation. Behaviour change will be at the heart of how we address risk and support innovation and opportunity, but investment and funding are core components of our response. Investing in the SDGs isn’t just a slogan, it’s a blueprint for financing sustainable change.

When we think about climate change, our focus is often drawn to extreme weather phenomena - increasingly deadly and damaging typhoons, hurricanes, droughts, floods, polar vortices and so on. It’s challenging to address the unpredictable and uncertain impact of weather patterns. However, humanity is responsible for a large percentage of the greenhouse gases (GHGs) that damage the environment.

Climate finance flows reached a record high of US$ 612 billion in 2017, before dropping to US$ 546 billion in 2018. The impressive growth in 2017 was driven by renewable energy capacity additions in China, the U.S., and India, as well as increased public commitments to land use and energy efficiency. Renewable energy has gained mainstream traction around the world as a first-line response to climate action. The UN Environmental Program (UNEP) reports that renewable energy investment hit US$ 289 billion in 2018, outpacing investment in fossil fuels. In this same year, roughly a quarter of all blended finance transactions in 2018 were completed in the renewable energy sector, according to Convergence FInance. Early data for 2019, however, show private sector investment in the transport sector at only US$ 47 billion. The number sounds particularly small and forlorn in the context of the estimated US$ 1 trillion in investment needed to attain the SDGs.

Renewable “clean” energy, water and infrastructure are the subject of considerable attention from policy makers and investors, yet underpinning all of these is transportation. While in developed markets we hear a lot about personal urban mobility solutions, we rarely explore the economic, environmental and social importance of good public transportation and mass transit. We can support the agriculture value chain, but we’ll need transportation solutions to get goods to market. We can create new jobs in a wide range of sectors, but workers must then be able to get to and from the workplace in reasonable amounts of time at affordable costs.

The transport sector, which may be dirty now, has tremendous scope to be part of the solution rather than part of the problem. Multiple SDGs benefit from investing in clean, smart and affordable transportation systems, both directly (less air pollution) and indirectly (productivity boosts in sectors that rely on transport for economic inputs and distribution). The marketplace is increasingly flooded with brilliant tech, huge data opportunities and innovative businesses with an eye on collaboration and mutual gain for the consumer, the investor and the environment.

“Financing for low-carbon transport is increasing rapidly. Average annual finance to transport projects rose by 54% from its 2015/2016 level to USD 141 billion in 2017 and 2018. This was primarily led by increased investment in rail and transit projects by corporate and public actors, and increased purchases of EVs by households. In addition, the inclusion of investment in EV charging infrastructure in the Landscape for the first time accounted for an additional USD 3 billion per year in the sector compared to 2015/2016.” ~ Climate Policy Initiative “Global Landscape of Climate Finance 2019”

Undeniably, there is more progress to be made in renewable energy and global electrification. Nevertheless, the switch to alternative fuels is looking like an increasingly significant opportunity for the transport sector. BioGas, CNG, LPG – none of these are new, but they may have been overlooked in favour of glamourous new tech and popular options such as hydrogen for heavy haulage. In some cases, the fuel technology hasn’t been overlooked, but enabling technologies (for example charging stations for EVs) have often lagged. Biofuels in particular are drawing renewed attention because of the opportunities for benefit stacking - reducing waste materials, reducing GHGs, increasing clean energy production, creating new jobs and adding to the tax rolls.

A series of interesting coincidences brought together Lauren Burnhill, Managing Director of One Planet Ventures LLC in the US, Sara Sloman, Foot Anstey’s zero emission transport export and Chris Pritchett, Head of Energy at Foot Anstey LLP together with the management team of Green Fuels UK. We spoke at length with Julian Beach (Business Development Director), James Hygate (CEO) and Paul Hilditch (COO) of Green Fuels Ltd. The company, which has been an active provider of biofuels processing equipment and services for over a decade, is based in an emerging office park, created at the site of a former nuclear power plant Berkeley, South Gloucestershire, UK. On separate visits to the facilities, Sara, Chris and Lauren had the opportunity to learn about the company and its plans to scale activities and expand its lines of business to tackle the problem of achieving “green transport”.

For over a decade, Green Fuels has developed, sold, installed, trained and serviced a range of biodiesel processors, capable of recycling different feedstock oils into pure biodiesel, from small-scale systems to fully automated bio-refineries. They have installed equipment across the globe capable of producing more than 1m litres of sustainable biodiesel a day, saving over 5.5m tonnes of CO2 Equivalent since 2003. The company’s aviation and marine fuels lines of business, utilise agricultural waste and enable farms to generate biofuels for own or third party utilisation. These practical benefits are coupled with a vision of turning the food sector’s waste problem into an opportunity to decarbonise fuel at a citywide scale. Imagine this becoming a reality across huge global ports and cities focussed on their commitments to reduce air pollution and CO2.

Green Fuels UK is striving. The company has a small local team with global reach and a tight focus on three of the SDGs:

Sara and Lauren believe the SDG impact goes even deeper, given that waste management practices, which are improved from Green Fuel’s use of waste as a raw material, impact health, life on air and under the water as well. After a decade of helping a range of different sizes and types of businesses implement clean energy strategies using biofuels, the company came to the realization that it had the ability to produce and distribute biofuels at scale by shifting its operational focus from purely sales and service to include operations, sales and service. An example of this is a new pilot project with British Airways. If jet engine fuel from the Berkeley plant proves to be a cost-effective solution in practice, the airline is committed to greening even more of its fleet and operations going forward.

How we fuel our vehicles, personal, commercial and industrial, needs to be part of our response to climate change, shifting from dirty fossil fuels to clean energy throughout the value chain.

How we fuel our vehicles, personal, commercial and industrial, needs to be part of our response to climate change, shifting from dirty fossil fuels to clean energy throughout the value chain. Lauren Burnhill, OPV, Dec 2019 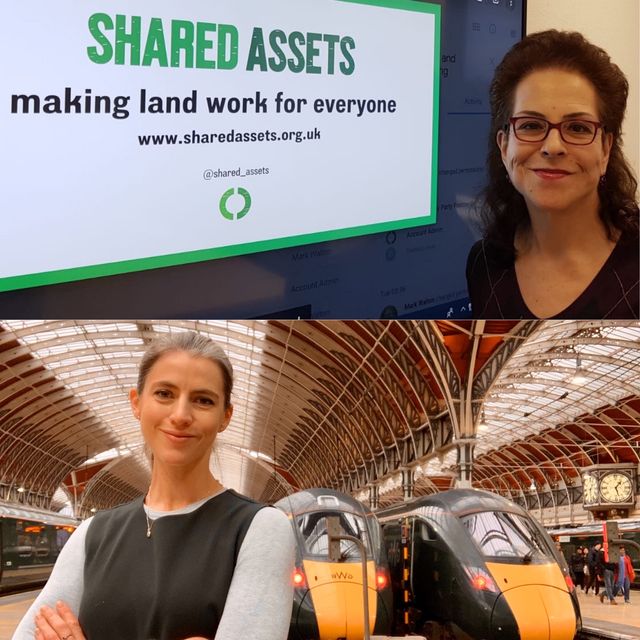 Mixers and High Spirits - A tale of a cold, wintry night in Manchester.
Sara Sloman

"If we have 37 million electric vehicles, how many chargers do we need?"
Sara Sloman
Recent posts from Foot Anstey - Insights