Scope of Protection for Spare Parts

Scope of Protection for Spare Parts

Automotive manufacturers can register the whole or part of their vehicle as a UK or Community design right.  This enables them to prevent others from reproducing identical or similar designs with the same overall impression.

When the design regime was harmonised across Europe, the EU reached a compromise on the impact of the design right on the aftermarket for spare parts. This applies across all industries where a part is being replaced in a more complex product in order to repair the product.

"Until such time as amendments to this Regulation enter into force on a proposal from the Commission on this subject, protection as a Community design shall not exist for a design which constitutes a component part of a complex product used within the meaning of Article 19(1) for the purpose of the repair of that complex product so as to restore its original appearance."

The aim of the legislation was to avoid providing rights holders with monopolies in respect of component parts of their complex products and thereby enable consumers the choice to decide whether to purchase spare parts from the original manufacturer, or from alternative sources. For example, if a car panel was damaged, it would be possible to purchase a replacement part from a third party copier (rather than the original manufacturer) without infringing the relevant design right. This is because the new panel is being used to restore the vehicle to its original appearance.

So, what about replica rims?

The repair clause was considered in the UK case, Bayerisch Motoren Werke Aktiengesellschaft v Round and Metal Ltd [2012] EWHC 2099 (Pat), which held that the onus is on the third party copier to show that the part fell within the Article 110(1) defence.  It said that Article 110(1) only applies where the complex product is being restored to its original appearance.  In this case, it was held that the defendant's replica wheel rims were being used to improve the appearance of the car, and so the Article 110(1) defence did not apply to the rims.

In the recent joint cases of Acacia Srl v Pneusgarda Srl (in bankruptcy) and Audi AG and Acacia Srl and Rolando D'Amato v Dr.Ing. h.c. F. Porsche AG, following requests by the Italian Corte d'appello di Milano (Court of Appeal) and the German Bundesgerichtshof (Federal Court of Justice) for a preliminary reference, the Advocate General gave his opinion on two related cases involving the sale of replica rims and the scope of the repair clause.

The car manufacturers (acting as claimants) had argued that the repair clause did not apply to the rims for a number of reasons, including that the shape of the replacement parts (i.e. the rim) is not determined by the shape of the overall car, and the rims were purchased not to repair cars but to upgrade them. The defendants argued that the repair clause in Article 110(1) applied, meaning that the car manufacturers could not enforce their Community design rights against them.

It remains to be seen if the CJEU follows this decision. If it does, it may need to give more guidance on what steps the third party manufacturers and spare parts sellers need to take in order to ensure that their customers are not using the parts for purposes other than restoring the complex product. Interestingly, would such a person be alerted if it sold four rims, as this is more likely to be an upgrade to the overall appearance of the vehicle than if it sold just one rim (which is likely to be used to replace a broken rim, thereby restoring the vehicle back to its original appearance).

To learn more, please contact Paul Cox, partner, or a member of the IP team.

Paul Cox, partner in our Intellectual Property team, said: "This opinion makes it far more difficult for car manufacturers to enforce their Community design rights against third parties who produce copy-cat replacement parts such as replica rims. It remains to be seen exactly what third party copiers have to do in order for the defence to apply, but car manufacturers will be hoping that the CJEU does not follow this decision. After all, rims are often purchased not to repair a vehicle but to upgrade it and, as such, one should question why Article 110(1) should apply at all given that the consumer is not being forced to purchase a particular part from the manufacturer." 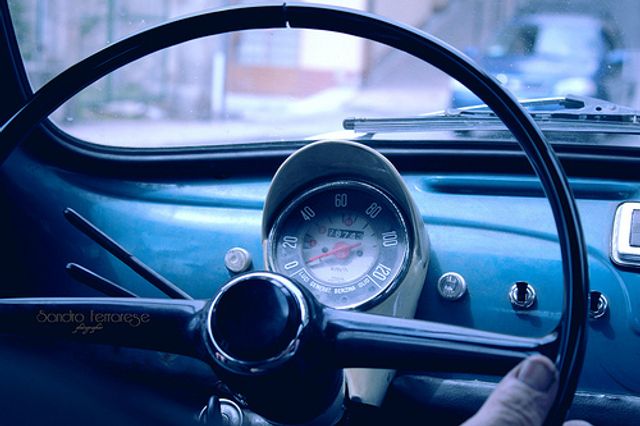